Posted at 09:00h in Venture Capital by Casey Tierney

At Glass Half Funded, we’re focused on celebrating women. That’s why we like to round up all the latest news on our favorite female venture capitalists, female-run venture capital firms, and their investments. Here are the latest highlights:

New Pattern Utah is a new program that launched with the aim of funding and supporting Black female founders. Leaders of Beta Boom, Womenpreneurs, Sorenson Impact Center, and the Utah Black Chamber worked together to bring the idea to life. The first recipients of the grant will be announced in October 2020, but applications are accepted on a rolling basis. Find out more about the program, here.

Hims & Hers will go public through a reverse merger with Oaktree Acquisition Corporation at an initial valuation of $1.6B. Hims & Hers, a direct-to-consumer healthcare startup based in San Francisco, CA, was founded by Andrew Dudum and Hilary Coles in 2017 and is backed by several VC firms, including Forerunner Ventures (founded by Kirsten Green). Read more about Hims & Hers, here.

Zero Grocery is a female-founded startup in San Francisco, CA that does not use any plastic in its delivery service. Founder and CEO Zuleyka Strasner announced that the round was led by 1984, with other investors such as Arlan Hamilton (Founder and Managing Partner of Backstage Capital), AVG Basecamp Fun, Bluestein Ventures, and more participating. Read more, here.

Moment House is a platform for artists to create digital experiences for their fans. The startup is based in Los Angeles, CA. The company closed a $1.5M round that was led by Forerunner Ventures (founded by Kirsten Green) and several angel investors. Read more about Moment House, here. 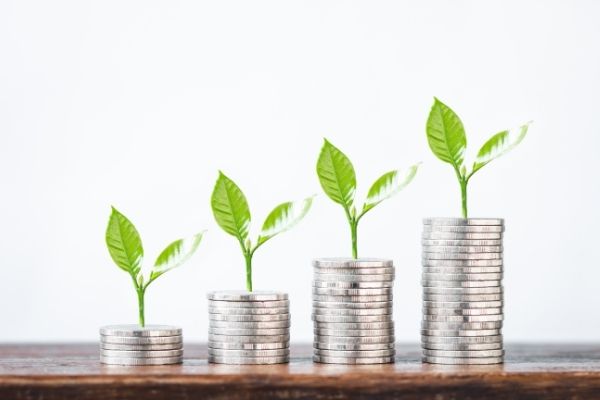 Daymond John, Shark Tank investor and CEO of FUBU, is launching the inaugural Black Entrepreneurs Day on October 24, 2020. The event is presented by Chase for Business and will give participating entrepreneurs a chance to get one-on-one time with Black business leaders such as Robert Johnson (BET co-founder) and Arlan Hamilton (Founder and Managing Partner of Backstage Capital). Participants can also apply for grants. Read more about the event, here.

The 8th annual HerRise conference will be completely virtual this year, due to COVID-19. The mission of the conference is to “ensure that women of color fill their wage and promotion gap.” The conference is hosted by Marsha Guerrier (CEO of Women on the Rise NY) and includes a great lineup of speakers, including Arlan Hamilton (Founder and Managing Partner of Backstage Capital), Kristy Wallace (CEO of Elevate Network), Mita Mallick (Head of Diversity and Cross Culture Marketing at Unilever), and others. Read more about the event, here.

Everlywell Seeks $1B+ Valuation in Potential New Funding Round

Everlywell, an at-home food sensitivity testing startup, is in talks of raising a new funding round at a valuation of $1B or more. The company received FDA authorization to sell at-home COVID-19 tests. Everlywell is led by Julia Cheek and is backed by investors such as SoGal Ventures (founded by Pocket Sun and Elizabeth Galbut). Read more, here. 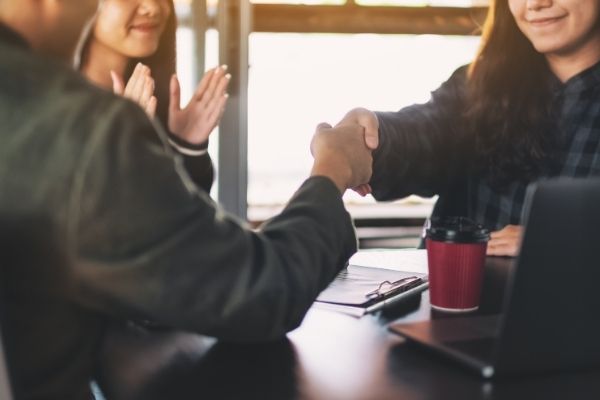 The Juggernaut Raises $2M Seed Round

The Juggernaut is a subscription media company that reports on South Asia news and was founded by Snigdha Sur. The company started as a free newsletter called InkMango in 2017, but it turned to a paid subscription model as readership grew. The Juggernaut recently announced a $2M seed round led by Precursor Ventures. Other VC’s, such as Backstage Capital (founded by Arlan Hamilton), and angels also participated in the round. Read more, here.

Twentyeight Health is a health startup based in New York with a mission to bring telemedicine to underinsured women. The company is founded by Amy Fan and recently raised a $5.1M seed round. The round was led by Third Prime and included other investors, such as GingerBread Capital (founded by Linnea Roberts). Read more, here.

Kristen Green, founder of Forerunner Ventures, was named to Fast Company’s 2020 Impact Council. According to Fast Company, “the Impact Council is an invitation-only collective of innovative leaders and the most creative people in business.” Kirsten is in the company of Tory Burch, Arianna Huffington, and many others. Read the full list, here.

Susan Lyne, Managing Partner of BBG Ventures, was named to Fast Company’s 2020 Impact Council. According to Fast Company, “the Impact Council is an invitation-only collective of innovative leaders and the most creative people in business.” Kirsten is in the company of Tory Burch, Arianna Huffington, and many others. Read the full list, here.

Fiveable is an EdTech platform founded by Amanda DoAmaral that has helped over 1.5M students to date through its educational content and community. The company announced that it raised $2.3M in a funding round led by BBG Ventures (founded by Nisha Dua and Susan Lyne), which brings its total capital raised to date to $3.5M. Read more about Fiveable, here.

Canela Media is a digital media company founded by Isabel Rafferty Zavala. The company has the #4 spot in Hispanic audience market reach. It recently announced a $3M seed round, which was led by BBG Ventures (founded by Nisha Due and Susan Lyne) and included several other investors, such as Portfolia’s Rising America Fund (founded by Trish Costello). Read more, here.

Ready Set Raise is an accelerator founded by Leslie Feinzaig. The accelerator recently announced its third class of startups who will participate in the eight-week program. This year, with the coronavirus pandemic contributing to decreased funding to female entrepreneurs, Leslie had her work cut out for her when developing the program. Read more about the accelerator and this year’s startup class, here. 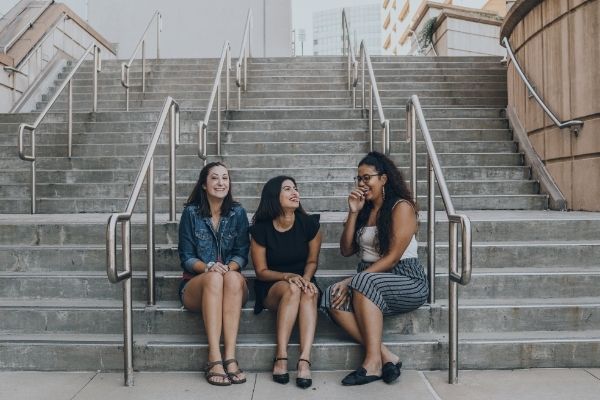 Oula is a maternal health startup that is based in New York and was founded by Adrianne Nickerson. The company has a hybrid model that combines a brick-and-mortar clinic with virtual services and an app. Oula recently announced that it raised a $3.2M seed round, led by Collaborative Fund. Female Founders Fund (founded by Anu Duggal) also participated in the round. Read more, here.

LISC (Local Initiatives Support Corporation) is the first institutional investor in Fearless Fund, an Atlanta-based venture capital fund founded by three women of color: Arian Simone, Keisha Knight Pulliam, and Ayana Parsons. LISC committed $750,000 ($500,00 of its own assets and $250,000 from a Fifth Third Foundation grant) to the fund, which was originally targeting a $5M raise but is now targeting $20M, thanks to support and encouragement from LISC. Read more about Fearless Fund and LISC, here.

Faire, a wholesale marketplace designed to help small stores compete against Amazon, raised $170M in its Series E funding round led by Sequoia Capital. This round puts Faire’s value over $2B. Existing investors, such as Forerunner Ventures (founded by Kirsten Green), also participated in the round. Read more, here. 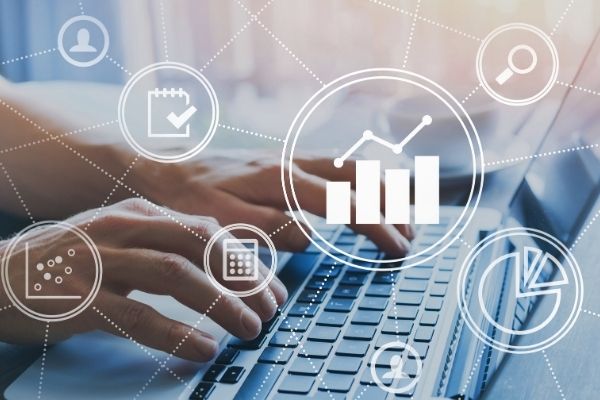 ShearShare, a platform that connects salon owners with licensed professionals looking for temporary space to work from, announced it closed an oversubscribed $2.3M funding round. The round included several new investors and also included existing investors, such as Backstage Capital (founded by Arlan Hamilton). This funding follows a recent investment of $300,000 from Google for Startups Black Founders Fund. ShearShare was co-founded by Ty and Courtney Caldwell. Read more, here.

KETOS is a California-based water analytics startup founded by Meena Sankaran. It recently announced the closing of an $18M funding round that was led by Motley Fool Ventures, with participation from existing investors such as Rethink Impact (founded by Jenny Abramson). This brings the company’s total funding to date to $30M. Read more, here.

Despite the odds being stacked against them (even in non-pandemic times), these female investors and female founders are still doing great things! And if you’re wondering who our favorite venture capitalists are, check out these 40 female VC’s who are breaking glass ceilings.