Posted at 07:00h in Books & Podcasts by Casey Tierney

Anyone who knows me probably also knows how much I love my podcast rotation.

It all started in 2017. I know, I’m late to the podcast party. I was commuting an hour (sometimes more) to work and the car ride felt like forever; music wasn’t cutting it.

Through a lot of trial and error, I eventually worked out a schedule where I had a different series for each day of the week. I admit it was a little obsessive, but it got me through the long commutes.

These days, my commute is much shorter and I’m way less rigid when it comes to only listening to a certain series on certain days. However, my list of favorites has remained pretty much the same.

I’d like to be very clear that I am in no way being paid to promote any of these podcasts, these are truly my favorites.

Skimm’d from the Couch is hosted by Danielle Weisberg and Carly Zakin, co-founders of theSkimm. I found this podcast because I read theSkimm every morning and when I realized they also hosted a podcast, I gave it a listen and never looked back. I like their dynamic of having two hosts; it gives the listener more insight into their co-founder relationship.

I also like the range of guests they host, from women in business to actors and creatives. I’m constantly surprised by how relatable each episode is, regardless of whether the guest is in my field or not. I love that Danielle and Carly don’t hold back the tough questions. And they aren’t afraid to ask very specific questions of their guests, which is really helpful as a listener because it often leads to actionable advice. 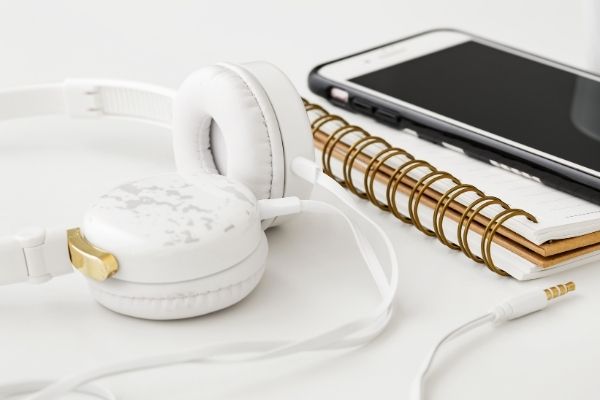 Girlboss Radio is hosted by Sophia Amaruso, founder of Girlboss. I didn’t follow the Nasty Gal saga when it was happening, but I love seeing how far Sophia has come since Nasty Gal’s bankruptcy. She embodies how to pick yourself up again after failure.

Her guests are always interesting and I like that the episodes are longer; I feel like I really get to know the guests. Sophia asks the big questions, namely how to define success and why we shouldn’t strive for someone else’s definition of it. I also love the idea of celebrating our “Girlboss Moments”. If you don’t know what a “Girlboss Moment” is, you’ll have to give the podcast a listen to find out! 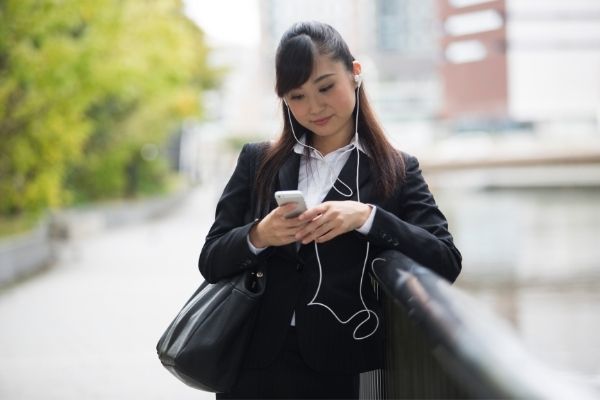 Second Life is hosted by Hillary Kerr, founder of Who What Wear. This series is a recent addition to my rotation. I stumbled upon it because I follow (and am obsessed with) Reese Witherspoon and saw that she was a recent guest. I listened to her episode and loved how thoughtful Hillary was as a host, so I started listening to more episodes.

The show highlights a lot of female entrepreneurs, which I love. But what I love more is that Hillary goes deep into each guest’s career before they reached their current level of success. The idea of entrepreneurship being the “second life” for so many women is really encouraging to me because it makes me feel like I, too, could be an entrepreneur one day, even if I’m currently in a corporate role.

Freakonomics Radio is hosted by Stephen J. Dubner, co-author of the Freakonomics book series. If you’ve never read the books, I highly recommend putting them on your list. The books have also been adapted into a movie, if that’s your media consumption preference. While I think the regularly-scheduled programming of the Freakonomics podcast is interesting, The Secret Life of CEOs mini series is absolutely amazing.

Over the course of the mini series listeners hear from some of the most influential CEOs on the planet: Mark Zuckerberg (Facebook), Richard Branson (Virgin), Indra Nooyi (PepsiCo), Satya Nadella (Microsoft), Jack Welch (G.E.), Ray Dalio (Bridgewater), Carol Bartz (Yahoo!), David Rubenstein (Carlyle), and Ellen Pao (Reddit). There’s also several “extra” episodes where you can listen to the full interviews with many of the guests. My favorite episode of the series is the one that highlights the “glass cliff” phenomenon, where many women are only appointed to the CEO position after the company is already in crisis.

The Dropout is a mini series hosted by Rebecca Jarvis. She tells the story of Elizabeth Holmes and the Theranos scandal. The Theranos scandal has been widely publicized, between books, podcasts, and documentaries, but I like Rebecca’s investigative reporting style.

The story itself is so dramatic, it’s hard to believe it’s even real. If you share my love for business scandals, you’ll love this. I hardly ever “binge” podcasts, but I’ll admit I binged this one. Rebecca also has her own podcast show called No Limits, which is also worth a listen.

One thing I love about all of these podcasts is how they expose me to new things: like awesome women I haven’t heard of, books to read, game-changing businesses to support, and even more podcasts to listen to. Even though the shows host some of the same guests, I never feel like I’m listening to the same story because each host brings something new to the table. I know your time is valuable and it sometimes takes a little convincing to get people to broaden their podcast rotation (or maybe that’s just me!), but I hope this list encourages you to listen to something new. And if you have a must-listen for me that I’m missing, I’d love to hear about it!